Merriam-Webster’s definition is clear: “Something that provides refuge, relief, or pleasant contrast.” Leaving aside the neighborhood in which it’s located (I’ll get to that in a moment), where would this park be an oasis?

Any such location would be an oasis. As in, “It’s an oasis of (fill in the blank) for the area.” Sounds reasonable?

So, where would Counterbalance Park be an oasis? What locale has, say, only 1/4 of the park’s vegetation or lushness? Well…it’s cold, uninviting, and hard. It’s built of concrete and gravel. Its trees are scrawny. It’s located at a traffic corner with notoriously unpleasant left- and right-turns from Roy St. onto Queen Anne Ave… Hmm… Ah! There’re two destinations where it would be an oasis.

I can’t seriously think of any other place. Short of teleporting it to a distant war-zone, it’s not an oasis of any normal place on earth.

A park should be called, you know, a park. Its name shouldn’t be laboriously festooned with the incredulous. A wonderful design doesn’t need a false sobriquet, and a poor design (which it is) can’t benefit from a falsity that’s just lipstick on a pig.

By inverting the question, we uncover a more startling problem. It’s the characterization of Queen Anne, and maybe all of Seattle, as a desert. Which is a curiously stupid act for any Seattle government official or department.

Let us assume for the moment, for the sake of argument, that Counterbalance park is an oasis. And I am a doofus, and my dislike of the “oasis” reference is wrong. Got it? OK, then: What can we infer about its environs?

Gee, an oasis exists within a desert. So say Merriam-Webster, Dictionary.com, YourDictionary.com, Cambridge Dictionary of American English, msn encarta, Wikipedia, and one of my grade–school teachers. 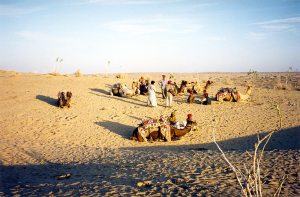 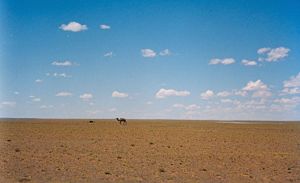 One of these two locales must be a desert, if you’ve named this park an oasis. Which one is it?

This is insulting to the Queen Anne community, if not to all of Seattle.

I love Queen Anne. I love Seattle. I love the greater Puget Sound region. I think I love Washington State. I also love America and the human race, but I’ll stop at the state boundary. To say that any of these aren’t deserts would be the understatement of the century. Dear Mayor, City Council, and Parks and Recreation Department, did you consider this tagline’s implications?